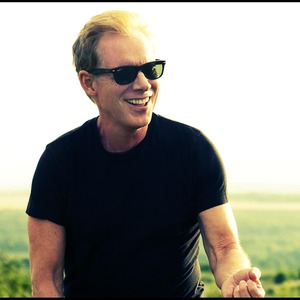 If it has to do with music, Jack Woodbridge can do it all.

Born and raised in the West Side neighborhood of Scranton, Pennsylvania, Woodbridge has dedicated his life to his love of music, where he began playing piano at the age of eight. He wrote his first song, “Debbie Dear,” when he was 12 years old.

As a composer, he has scored the music to several films; including “Even in My Dreams,” The Secret Friend” and “Tom in America.” Woodbridge has also composed the music and lyrics for the off-Broadway production “The Tale of Tyler T” as well as the musical revue “Vampire Blues.” His music has also been featured in “The Sessions” and “The Next Move,” by award-winning playwright William Fowkes. He is currently working on a soundtrack to a theatrical production based on the life of Vincent van Gogh that is scheduled for production in 2014. A concept rock opera, “The Great Northeast,” was recorded and aired for public radio.

Woodbridge’s original music has been featured on the CNN television network, where he wrote the main themes for various productions, including “Showbiz Today.” His music has also been featured as a part of the New York City Marathon and the New York Dance Alliance. His music has been recorded by Babs Winn and the Kicking Boogie Band, Sharon McKnight and Laurie Naughton and he has co-written with two-time Academy Award-winning composer Al Kasha and award-winning lyricist Valerie Ciptak.

Woodbridge has also composed jingles and other promotional music for the Maloney and Fox Agency in New York City; including for General Motors and Microsoft.

Woodbridge returned to the stage as a performer in the early 2000s and his shows began to quickly sell out, most notably at Sam’s Cabaret in New York City. This led to his first album, “Picture This,” (2006) a collection of jazz, pop and blues produced by award-winning guitarist and record producer Dean Bailin.

Woodbridge’s second album, “Jack of Hearts,” (2010) is considered his most personal work. The music included on the album was inspired from his diagnosis and subsequent recovery from a rare spinal tumor that could have left him paralyzed. Once again produced by Bailin, “Jack of Hearts” reached considerable success, including a sold-out show in Scranton, Pennsylvania as well as a sold-out encore. The single, “Broken,” has received much critical acclaim and has been turned into a major music video for Joe Van Wie Productions.

Completely recovered from his illness, Woodbridge triumphantly returned to live performing, following a two-year hiatus, in the spring of 2013. His third album, once again produced by Bailin, featuring acclaimed saxophonist “Blue” Lou Marini, is slated for release in 2014.

Woodbridge has also performed internationally in a series of private events as well as for fundraising activities and non-profit organizations.

“Jack Woodbridge's words and music have Cole Porter's passion and melodies, the lyrical insights of Stephen Sondheim, and the singing quality of Harry Connick, Jr.”